Many organizations operate in a hierarchical fashion. This is mainly because traditionally organizations have just always operated this way. Such organizations tend to shy away from conflict and constructive feedback. 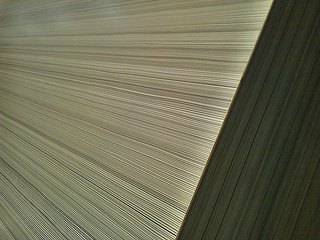 Horizontal structures tend to be associated with high performing teams. They’re not leader-centric. Everyone has equal importance and an equal part to play. But, that said, if your organisation has traditionally operated in a hierarchical fashion it’s not straightforward to simply swap over to a horizontal organization structure. It’s not instinctive and often to make an effective transition it requires coaching and teaching to get there.

How to Set Up a Horizontal Organization Structure

First off, let your team know what you intend to do and why. People are much more supportive of change if they understand the why’s and what’s and the overall logic. Communication is key here as most people are more aware of and understanding of the more traditional hierarchical structure.

Second make it clear to your team why you’re looking to move to a horizontal organization structure. What’s your reasons and your intended business outcome?

Gain buy in by telling your team that it’s mainly about empowerment. Each team member will have more accountability for achieving the team’s goals and objectives. When people are free to make the important decisions and choices it ultimately has a much more positive impact on the business.

Organize meetings with each of your team members. Use the meetings to determine current accountabilities, challenges and opportunities. Make note of any areas which may benefit from collaboration with other team members.

Role clarification is key to high performing horizontal organization structure based teams. Decide who plays what role. Communicate to all the overall goals and priorities. Role clarity is required so each team member knows what to expect of each other – who is responsible for what piece of the puzzle.

Go From Horizontal Organization Structure To The Home Page